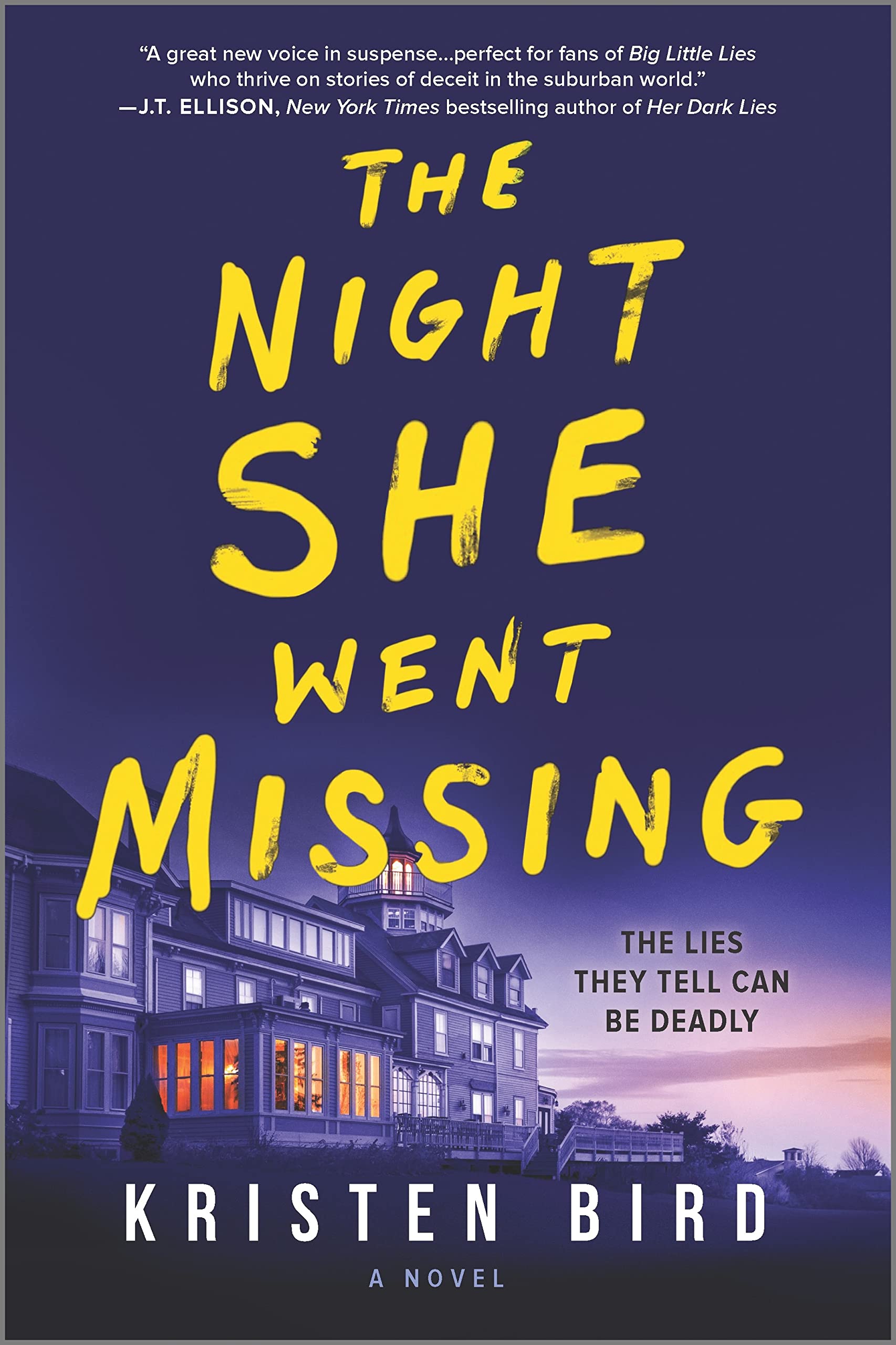 June 21st - The Night She Went Missing by Kristen Bird

An intriguing and twisty domestic suspense about loyalty and deceit in a tight-knit Texas community where parents are known to behave badly and people are not always who they appear to be.

Emily, a popular but bookish prep school senior, goes missing after a night out with friends. She was last seen leaving a party with Alex, a football player with a dubious reputation. But no one is talking.

Now three mothers, Catherine, Leslie and Morgan, friends turned frenemies, have their lives turned upside down as they are forced to look to their own children--and each other's--for answers to questions they don't want to ask.

Each mother is sure she knows who is responsible, but they all have their own secrets to keep and reputations to protect. And the lies they tell themselves and each other may just have the potential to be lethal in this riveting debut.